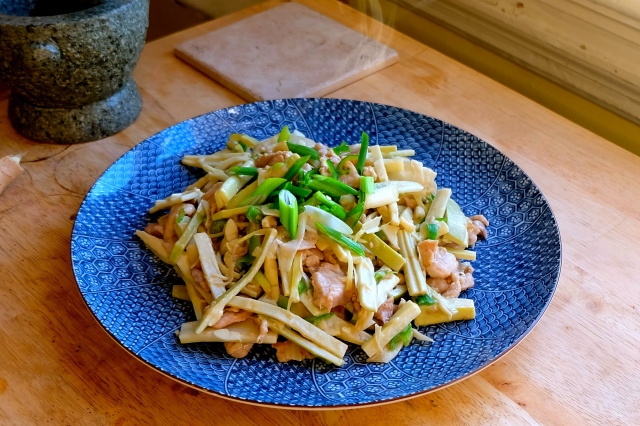 I am pulling another recipe out of my new Hakka cookbook. Though to be honest the first time I had this rather homely dish was in a Amis aboriginal household. Stir Fried Bamboo Shoots with Pork (竹筍炒肉絲 zhú sǔn chǎo ròu sī, or as it is in called in Hakka zùg sùn càu ngìug) is a pretty common dish and a popular one on our table. It is also really simple and pretty inexpensive, which is probably why it is so common, well, other than it tastes good.

The Amis, or at least the Amis I know, like to leave the bamboo shoots a little on the bitter side, which is not an option if you get yours precooked. And most other recipes I’ve come across call for more salt than this one does (which actually calls for none). If you would prefer you can add a bit of soy sauce to season the dish, but don’t go overboard. 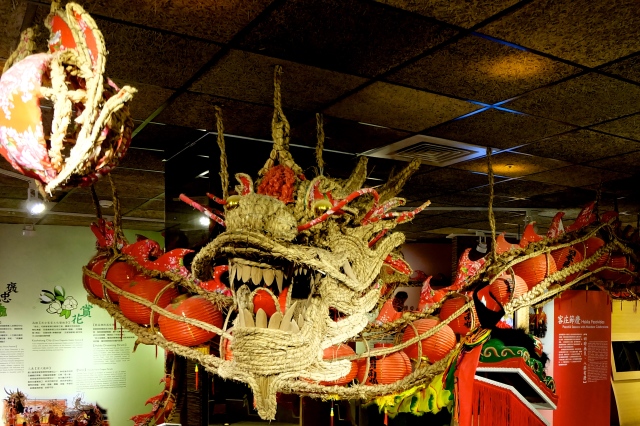